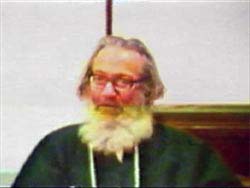 Samuel L Lewis was born on October 18, 1896 in California. He died on Jan 15, 1971 (age 74). This American mystic was a member of the Chisti Order of Islamic Sufism and was known by the moniker “Sufi Sam.” He is credited with the foundation of the Dances of Universal Peace movement.

After a short time spent as a student in the mathematics department of Columbia University, he went on to study in California under the tutelage of a number of notable Sufi gurus. Later, he pursued his religious education in India, Pakistan, Egypt, and Japan. Horticulture was one of his passions, and he contributed to the research and production of drought-resistant plants and environmentally friendly fertilisers. He came from a prosperous Jewish household. His parents were both doctors. His mother, Harriett Rosenthal, was a member of the prestigious Rothschild banking business, while his father, Jacob Lewis, worked for the Levi Strauss blue jeans company as an executive there. His mother was also a member of the Rothschild family.