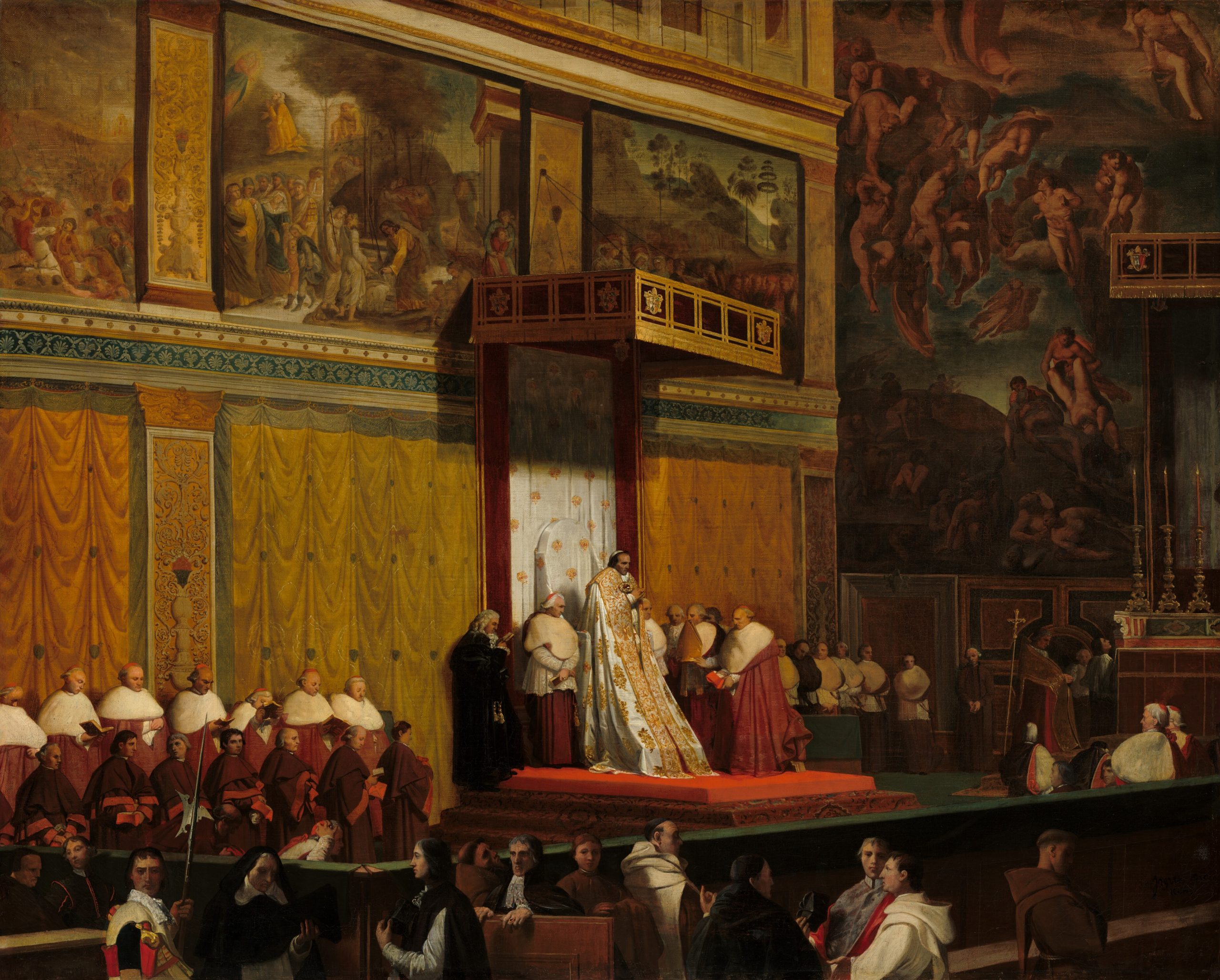 In 1756, he went to the Abbey of Santa Maria del Monte in Cesena to become a member of the Benedictine Order. After Napoleon Bonaparte seized and annexed the Papal States in 1809, he was sent into exile and never returned. He was brought up in the Italian nobility of his family.