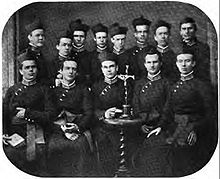 In the year 1865, he was given the ordination to become a priest, and in the year 1866, he was given the position of professor of religious history and law at St. Mary’s of the Lake in Chicago, Illinois. During the catastrophic earthquake that struck San Francisco in 1906, he was acting as the Archbishop of that city. After the earthquake, he sent his condolences and offered prayers to the people of San Francisco who had suffered the loss of their homes. He was brought into the world in New Brunswick, Canada by his parents, Mary Dunne Riordan and Matthew Riordan. When he was seven years old, the family relocated to Illinois.