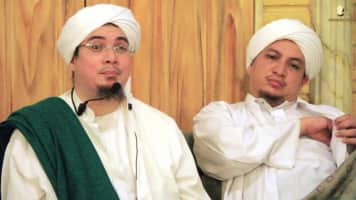 Jindan Novel bin Salim Jindan was born on December 21, 1977 in Indonesia. Islamic religious leader who is renowned mostly for having led the Al Fachriyah Foundation in Indonesia. The title of Lion of Podium was passed down to him by his grandpa, who served as a missionary fighter in Betawi between the years 1906 and 1969.

He attended the Meranti Islamic School for his education. Both to the Clerical Assembly and the position of Habaib of Tangerang were bestowed upon him. He was married to Aliyah Jindan.